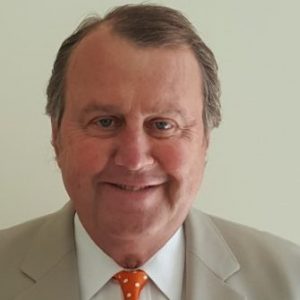 Robert Vowler is the former CEO of Hershey Trust Company. He worked in various capacities at Hershey for over 20 years, served as CEO for 12 years, and stepped down in 2008. He now works part-time as a business advisor to hedge funds and family offices in Pennsylvania and beyond. As of January 1st, Robert Vowler’s 5-year contract as an advisor to an individual hedge fund has officially expired; his time as the hedge fund’s advisor was incredibly successful. Now, Robert works at an outfit that allows him to serve as both a business advisor and an executive coach.

Now that Vowler has retired from nine-to-five life, he balances his part-time work with a variety of interests and activities. This blog will cover some of his favorites, from travel to sports to life as a grandparent.

Robert Vowler grew up in Central Pennsylvania alongside three sisters. Because his father was a Methodist minister, the family frequently moved to towns or school districts. No matter where Vowler was, he liked to play sports: wrestling, football, basketball, swimming, and tennis, to name a few. He even spent a few summers as a lifeguard. Eventually Vowler was recruited at Lycoming College for football and wrestling. He majored in accounting and graduated in 1976.

Prior to joining the Hershey Trust, Vowler worked as an auditor at various firms. He attributes much of his cross-functional knowledge to his time as an auditor at Brown, Dakes & Company in Washington, D.C., where he enjoyed the benefits of working at a small firm while still dealing with a great variety of clients. Vowler’s experience with professional sports organizations, country clubs, and more eventually caught the eye of Edward “Ned” Book, the chairman of Hershey Entertainment and Resorts — and launched Vowler’s long career with Hershey.

Since he retired from his full-time work in 2008, just about all of the things that drove Vowler’s career are still reflected one way or another in his personal life… just on his own terms. Years after overseeing the development of Hershey’s scientific research park, he still reads about physics and astronomy in his free time. In place of renovating Hershey properties and investing in the city’s “greenbelt” of real estate, he’s now a one-man maintenance team for his own home. And after decades of traveling around the United States for business, he enjoys vacationing whenever he can with his wife of forty years, two children, and four grandchildren.

Robert Vowler resides in Hershey, Pennsylvania and is seeking out more opportunities as a business advisor.

How to Sleep Better on Your Next Flight

Luggage packed: Check. Passport: Check. Boarding Pass: Check. There is one loose end: How do you get adequate sleep on a twelve-hour flight in coach? Will your neck pillow and eye mask be enough, or [...]

What to Expect When Visiting Cleveland

Cleveland is a treasure trove of things to do. Many people don’t realize that this truly is the city that has it all. Here are 10 random facts about Cleveland that may surprise you.   [...]

Read More
Comments Off on What to Expect When Visiting Cleveland

Traveling is a great way to explore and see new areas of the world. It is also the perfect way to relax your body and mind after a stressful period at work. The huge benefits [...]